The Bull’s Head Pub and the Bloxwich Wishing Tree

A favourite local story is that of Samuel Moseley, a miner who one dark night was drinking in The Bull’s Head pub when his wife Margaret came to fetch him home. He refused and in a rage Margaret said she hoped the inn would fall on him and bury him. As she passed the now-legendary Bloxwich Wishing tree nearby, she repeated her wish, and the roof of the inn fell in with a great crash, breaking up the bedroom furniture, though no one was hurt. As soon as she saw the results of her wish, she rushed home and fell down in a dead faint.
The Wishing Tree was destroyed by Walsall Council in the early 1960s when the small car park was laid out in from of the ‘new’ Bull’s Head.  The roots still exist and have been spotted in potholes outside the derelict pub, so be careful what you wish for here it may just come true. Watch the main film to see the student’s re-enactment of this story.

The Bulls Head and Wishing Tree

Elliott by the Bulls Head Pub 2016

At Wallington Heath, on the way towards Cannock, there’s an old pool. In the Georgian period, in the early 1800s, there was a pub called the Old King’s Arms, not the one on the High Street that was built much later. This pub was a coaching inn from the early days of stage-coaches going from Walsall to Stafford.  Apparently, one stormy night (and isn’t it just always a stormy night) a young French girl turned up on the stage coach with just a coat on and a bolt of purple silk, which in those days was worth a lot of money.  Allegedly, in the night she was attacked by one of the men who looked after the horses, who then killed her and cut her right hand off. He disappeared with one of the horses and this bolt of silk. 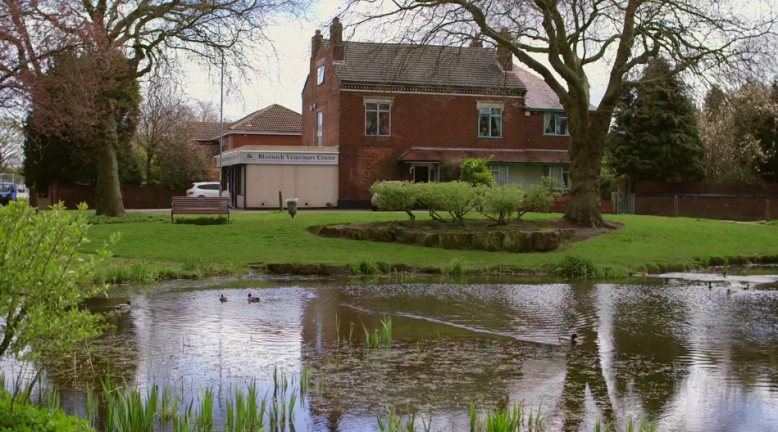 For many years after she was murdered, legend has it that this girl would haunt one of the trees at the side of the pool. The pool is still there as is the tree she is said to haunt. Watch the main film to see the student’s re-enactment of this story.

In the early 1900s the pub was turned into a French convent of nuns. The convent was closed in 1963-4 and a housing estate was built in it’s place. There is talk about the ‘flying nun of Bloxwich’ or ‘the Grey Lady’ who hovers on top of the surface of this pool. She supposedly drowned herself in this pool.

The Spring Cottage  pub has strange noises that have apparently been heard in this pub at night and some of the regulars believe it to be haunted.

The Bloxwich Lion. It was 1932 and the story is often said about this lion that got out of Pat Collins’ yard went and visited a house in Church Street. Stuart Williams investigated the story and managed to track it down through a newspaper in Australia and the Walsall Observer. 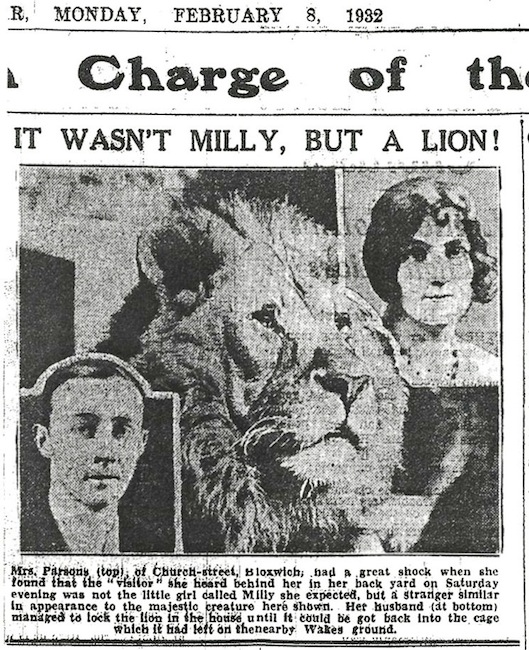 The article tells of a German lion tamer working for Pat Collins and how a lion got out of his cage and climbed over a wall to sneak into the garden of one house, narrowly missing meeting the lady of the house. The lion then got into the back of another house in Church Street where the lady of the house was making dinner for her husband. She saw the lion, promptly got out and the lion got the dinner. They eventually managed to chase the bewildered animal into the front room and keep it there, barricading it in with doors and then sent for the lion tamer to come round and fetch it.

This story has got mixed up with another. This lion tamer was at the cinema when his animal went walkabout. In desperation, the cinema owners flashed a message across the screen asking him to come and fetch your lion. But there is a twist. Pat Collins had been known for letting lions out for publicity in the old days, but that was when lions didn’t have teeth or claws. But this ecapee had his teeth, but he was a very old lion. See the public artworks celebrating Pat Collins and the lion story. 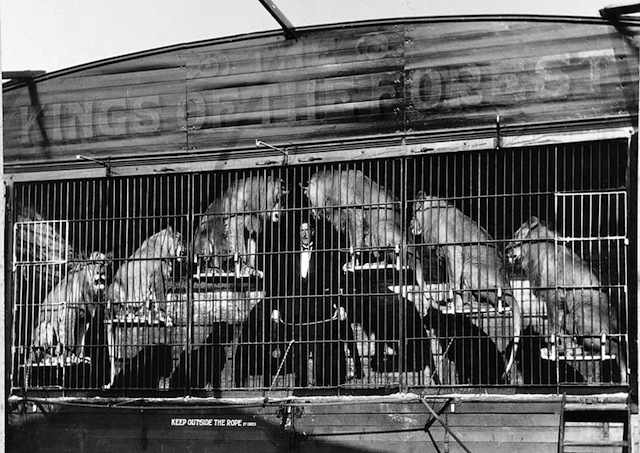 The 1837 licence was issued to Benjamin Welch, whose two children died. Unable to agree with Rev. John Baylie about the form of burial service at All Saints, he obtained permission from the Home Secretary to bury them in a simple but impressive blue brick vault beneath the chapel’s entrance. They were to rest there for many years to come. In 1937 the building was sold to Bert Brittain who converted it into a garage. However, after being ‘mysteriously’ advised by an elderly local that he would never do good business until Mr Welch’s entombed children were buried elsewhere, Mr. Brittain arranged for them to be exhumed. Long before dawn on a cold, stormy January day in 1938, the vault was opened, the dust of the children’s bodies was reverently collected, transferred to a modern coffin, carried to the cemetery and there laid to rest for the second time. So next time you walk across the entrance think of the history of this building. 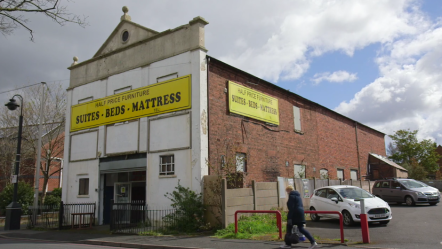 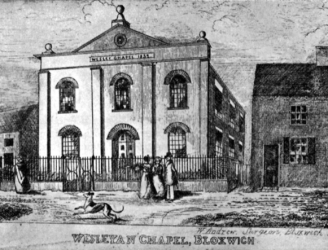